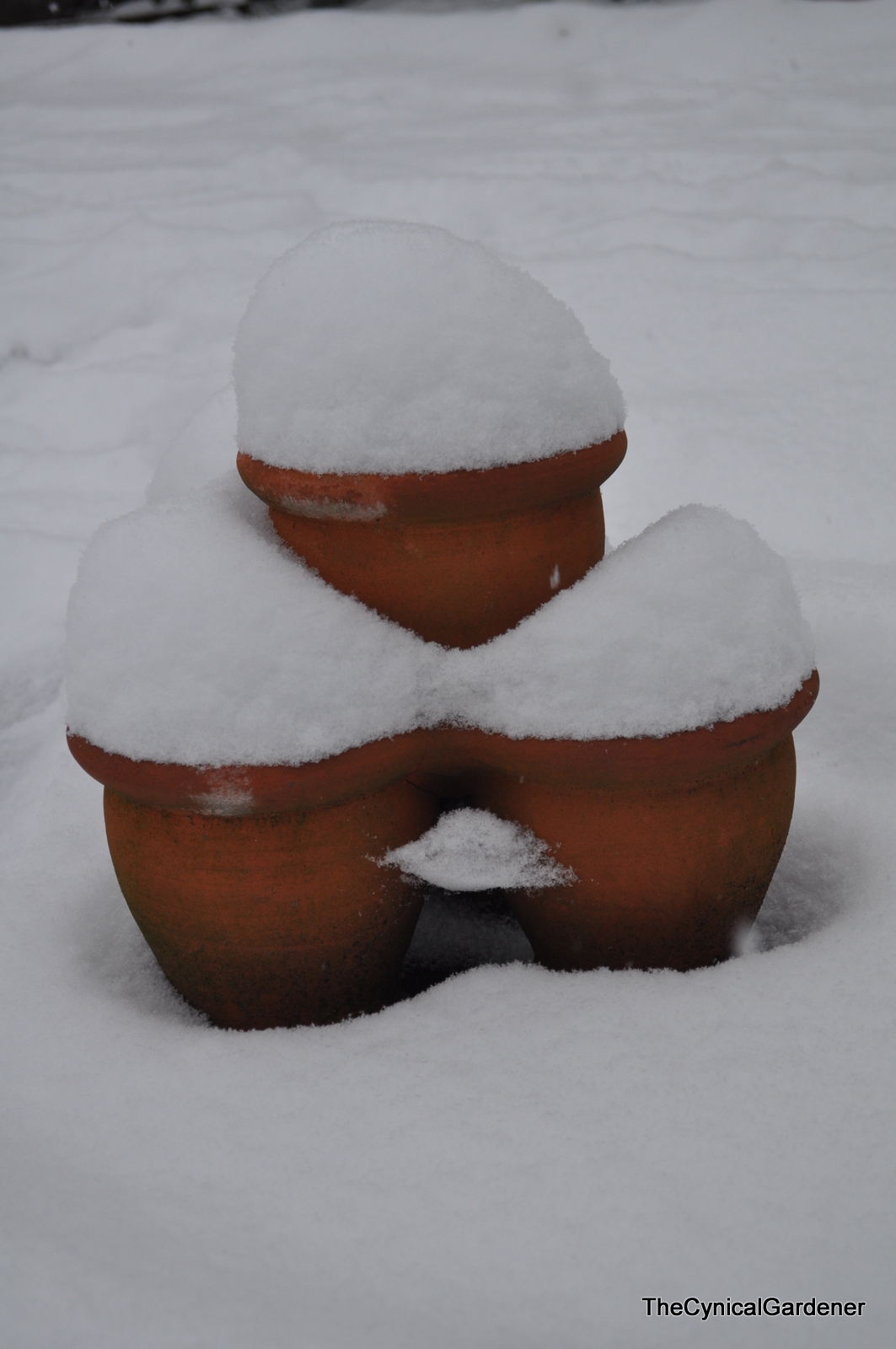 With thanks to Helen at the Patient Gardener for Hosting this meme.

We have endured January and have come out the other end. Month 1 of the year is over. We have gained approx 30 mins of extra daylight at the end of the day. Just enough time for me to get home from work and see if the Shed and Greenhouses are still standing after windy weather.

Any work done in the garden during this month happened at the very beginning of the year whilst on still on Christmas break from work, or the last weekend when a bit of sunshine appeared.

I’ve got a splendid display from my Hamamelis this year, my new Hamamelis × intermedia ‘Jelena’,  is in its second year here and its performed wonderfully,  Further up the same border my Hamamelis intermedia magic fire is also blooming well.

I’m delighted to see that the Helleborus are putting on a flowery show, many of these plants were purchased over the years as babies and not really at flowering stage, but now they have reached the age to flower. I’m very pleased to see them, I’m still annoyed that I lost the list identifying what each plant was. 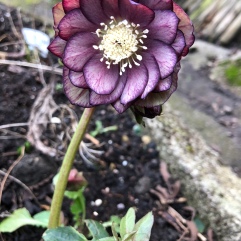 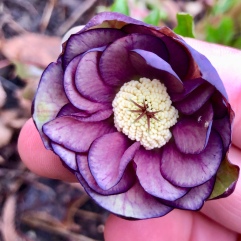 Towards the end of January I turned out my big compost bin and spread it over various borders and beds in the garden so I could start the next years composting.

I uncovered a Phantom Potato, which gave me a start when it emerged as I had already disturbed a Mouse.

The Blackbird and Robin were very appreciative of fresh compost on the beds and spent quite a bit of time feeding on the bugs I had disturbed. I’m hoping that it will help keep some moisture in the ground during the hottest months.

My long border is not looking too shabby, except maybe for the wonky edge. I might keep it, or I might cut it into a straight edge when the ground dries out…  My Pulmonarias are showing lots of buds, so hopefully lots of flowers soon. 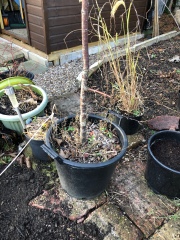 Earlier in the month I spent a happy few hours in the garden moving around a few plants that have been annoying me as I decided they were too overcrowded or in the wrong place.. amongst those dealt with was a big clump of single ‘wishy washy’ flowered Helleborus which I transferred to where I work.

I had an Iford Cherry living in a big pot which has been unhappy since last summers hot temperatures, so it was time to plant it into the ground. I potted up some small Acer’s into bigger pots, so I can move them around to areas where they would prefer to grow, sheltered from hot sun and windy conditions.

I divided a poorly Strawberry plant that I had in a big pot, and discovered it had Pesky Vine weevil Larvae, so I washed off all traces of compost, trimed the plants, and potted up the new bits into fresh compost.

I’ve also made a few tentative seed sowings into my tunnel propagator with heat mat. Sweet Peas, Sweet Peppers, Chilli Pepper some Lupins, Spring Onions in clumps and some Heritage Onions from the Heritage Seed Library. 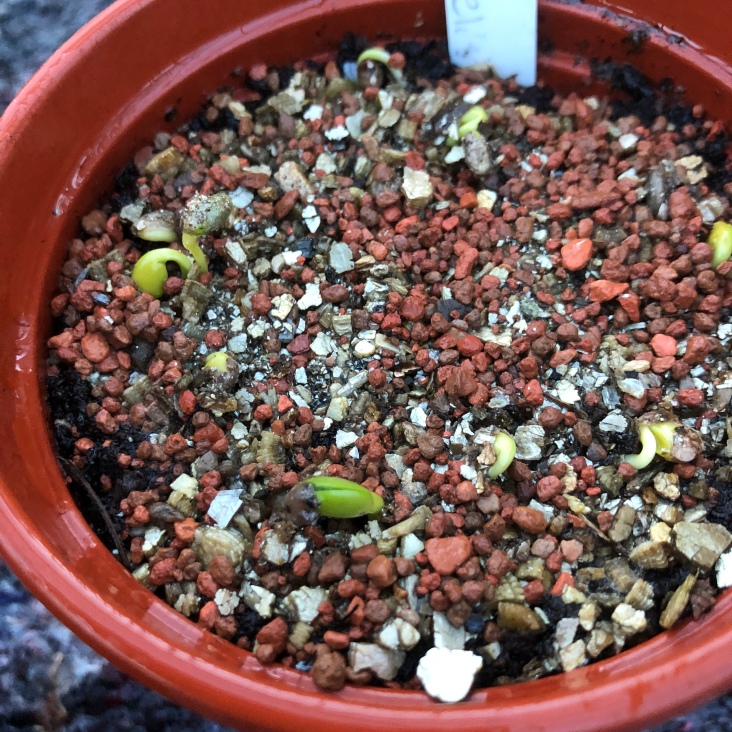 One of the last jobs I got done before the end of the month was to bravely shin up my ladder at the side of the house to retrieve my House Sparrow nest box to give it a good clean before breeding season starts. unfortunately I was unable to do this last year due to the snow, high winds, rain and the House Sparrows moving in. 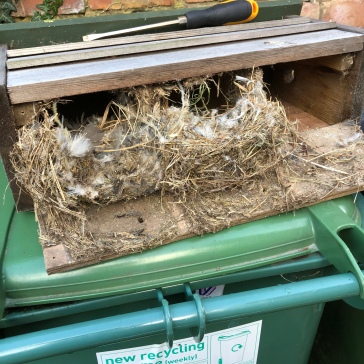 Of the three chambers available, the House Sparrows only appear to like to use two sections. they were mostly full of dried grass and feathers. 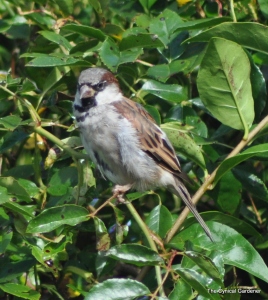 Until next time, bye for now. 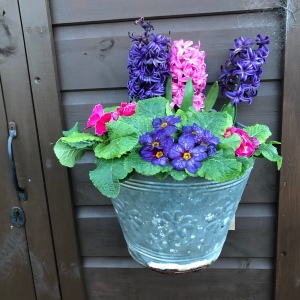