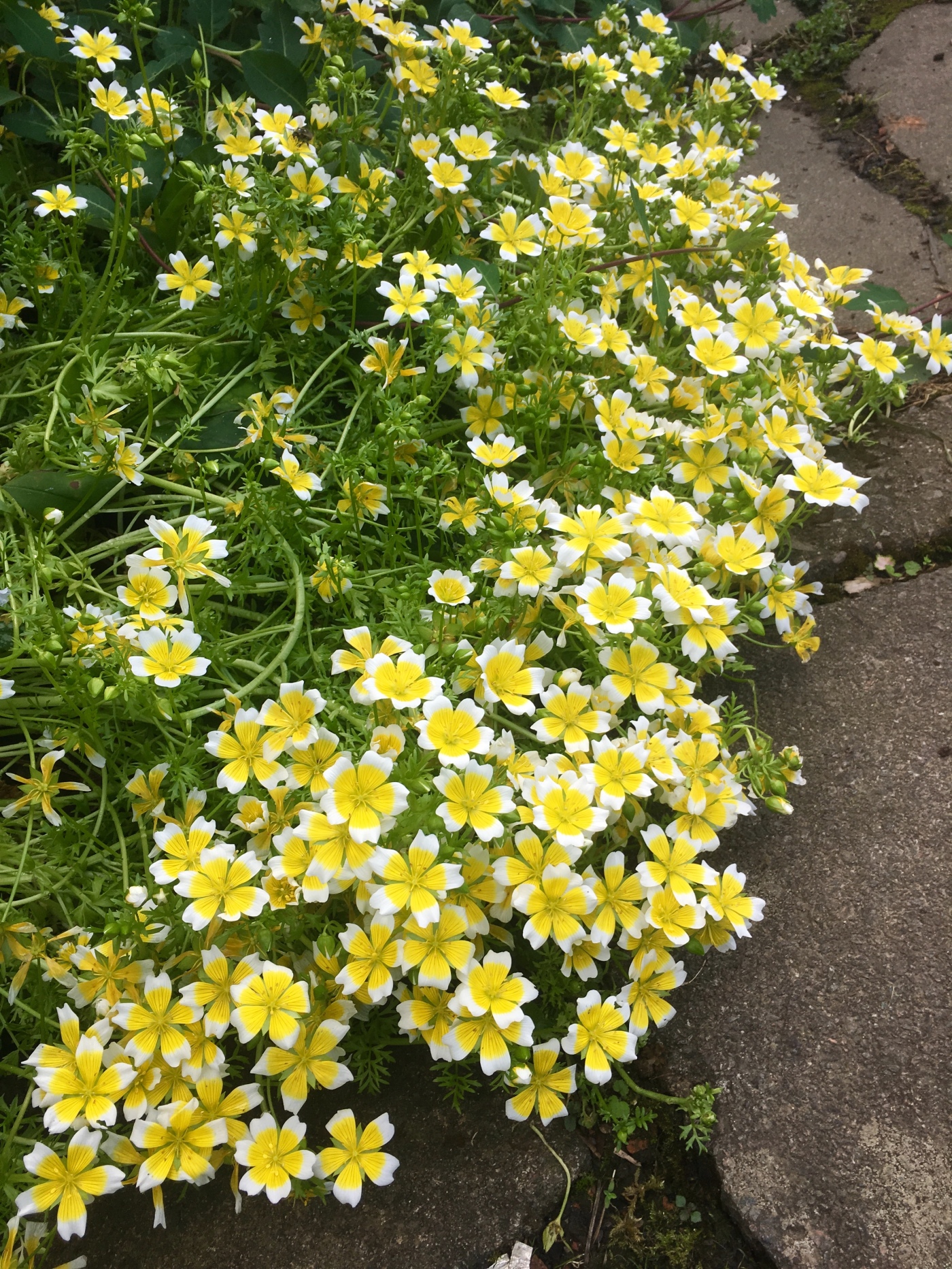 WITH THANKS TO HELEN, THE PATIENT GARDENER FOR HOSTING THIS MEME.

An interesting mixture of weather in the month of May, hot dry spells, thunderstorms, fog, and cold nights.

The garden has burst into growth quite rapidly.

I’ve been busily sorting out the plants that did not make it through the very wet winter, and replacing them with purchases I made at the RHS Malvern Spring show which was held in the middle of the month.

Most of the plants were for a front garden revamp. But several new Primulas are now planted in the back garden.

Along the Fence Border

Along the fence border

A little bit of time spent sorting the edge has made it look tidier, it even leads the eye away from the weeds I’ve missed. This border has filled out rapidly, I’m struggling to squeeze in plantings of Cosmos & Zinnias I raised from seed.

I’ve recently started to plant out some of the Hostas that I’ve been keeping in pots raided up off the ground to avoid the slugs, they’ve not done that well and really need to be in the ground, surprisingly so far it looks like I’m winning.

I’ve also got a very good display of Limnanthes douglasii, the seed was originally given to me by people on RSPB stand from a garden show many years ago, the purpose was to encourage pollinators. 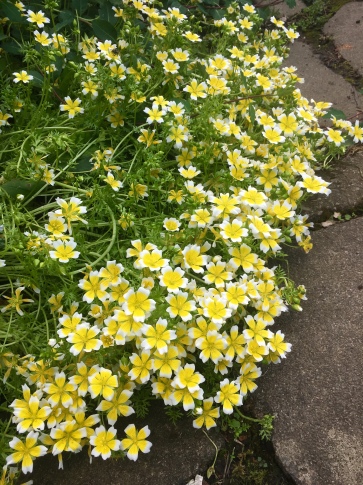 Although it appears the pollinators prefer my new Allium Lucy Ball, I planted 10 last Autumn and 7 came up, but they have been amazing, full flower heads that have lasted through several storms, and still look good. I will add to them this coming autumn.

My Peony in the island bed has put on an amazing display, its only a few years old, and it’s maturing nicely, I’ve discovered that the colours change of each flower depending on how old they are, they appear to get paler the older they get.

I’ve been hardening off my annuals and other tender plants from the greenhouse so  I can get into full tomato for production.  In my tall greenhouse, I’ve still got some beans to plant, a few mini sunflowers and several hanging baskets coming along.

My smaller greenhouse also has beans coming along, more heritage tomatoes and cucumbers and some Delphinium plug plants that arrived this week, which I’m very disappointed in the size off. No flowers this year.

I’m growing mini cucumbers this year, and they are doing very well, bit pricey, but very tasty and from seed. I’m sure we’ve seen th east of the frosts now, but I’ve already had 3 alerts for Blight. So it could be a very short tomato and potato season this year. 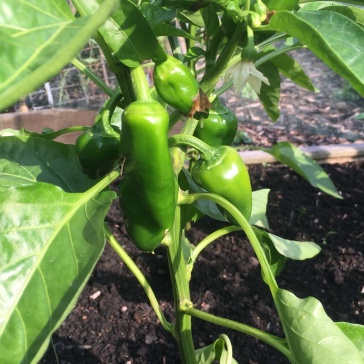 I’ve got my Sweetcorn planted out, and I’ve planted a few Squashes amongst them, I don’t have room to plant either on its own, so have to make the best of the room I have.

I’ve also planted a few Sweet Peppers outside under some protection, it might not be a good enough summer for them, but I’m giving it a go.  And so far they are looking really well.