End of Month View of the Garden. End of March 2018

With thanks to Helen, The patient Gardener for hosting this Meme.

Water Table at the beginning of the month

Water Table at the end of the month

Its been raining, not a little bit, lots. And when it’s not been raining, it snowed. Rainfall has almost got to 95mm so far this month.  So many plans in the garden have been put on hold because of the rainy weather. Once again the lawn is a bog, and temperatures have been very cold. Midway through the month we were visited by the Beast from the East, a weather front that bought Siberian style weather for a long weekend. 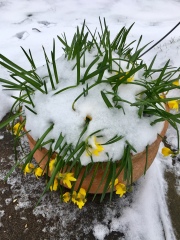 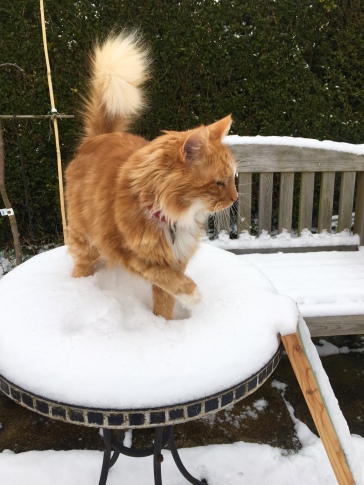 All that snow eventually melted creating cold, soggy ground conditions. We changed the clocks forward to British Summer time, we were visited by a Mini Beast from the East bringing more cold weather.

Towards the end of the month is easter, im off work for a few days and had lots of seed sowing, potting, mowing and shed filling planned, but it’s rained hard for most of my time off so far, as a result very little has got done.

It’s disheartening as the season is moving on, I’ve felt I’ve had to put plans on hold until the weather improves. A walk/squelch around the garden has revealed a few hidden gems. 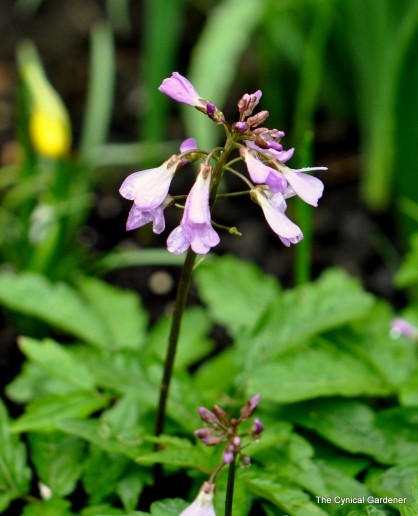 Spring plants are finally peeping through, a Cardamine quinquefolia, Double helleborus, and my Pulmonaria opal are looking good. 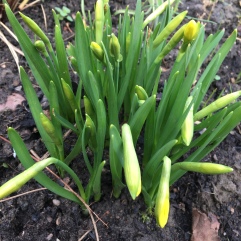 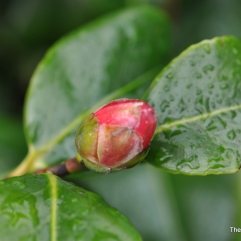 My Illicium is flowering weeks later than subsequent years, many Narcissus are taking their time, my Hamamelis mollis is finishing flowering later than previous years and my Camellia Red ace is getting ready to flower.

The discovery of some Frogspawn is a welcome distraction, we rarely get frog spawn here since I filled in my mouldy wildlife pond which was perpetually smothered with duckweed.  We still have a small brick-built fish pond, but it’s not exactly a thing of beauty.

Last Autumn I planted a large amount of Tulip Ballerina throughout my island bed, I also planted lots of new Allium, and so far this year there have only a been a few signs of growth, I’m sure it’s down to the cold and wet weather.

Some good news, I got my new shed delivered and erected by a local firm, it’s technically a small workshop due to the better quality of materials used in is construction, I’m not allowed to paint it for 3 months due to the tanalisation  of the wood, it needs to thoroughly dry and weather. I’ve started relocating my ‘stuff’ back into it, but with lots of new shelving, hooks and storage, and I have made a promise to myself to keep it tidy so I can actually reach what I need without the peril of being trapped in an avalanche of junk. 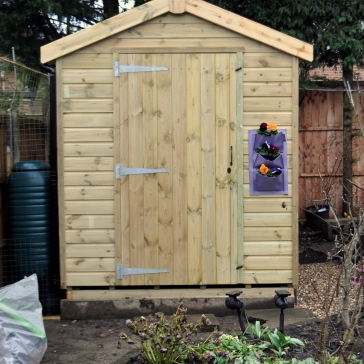 I love my new shed.

Meanwhile in my greenhouse, I’ve been watering my Tree ferns and signs of life are starting to emerge in the shape of new green fronds, I’m waiting until warmer weather before I put them back out into the garden, but I’m pleased they survived and that I decided to move them into the greenhouse in the first place, the temperatures over the winter got down to -9 here, and that would have finished them off for sure. 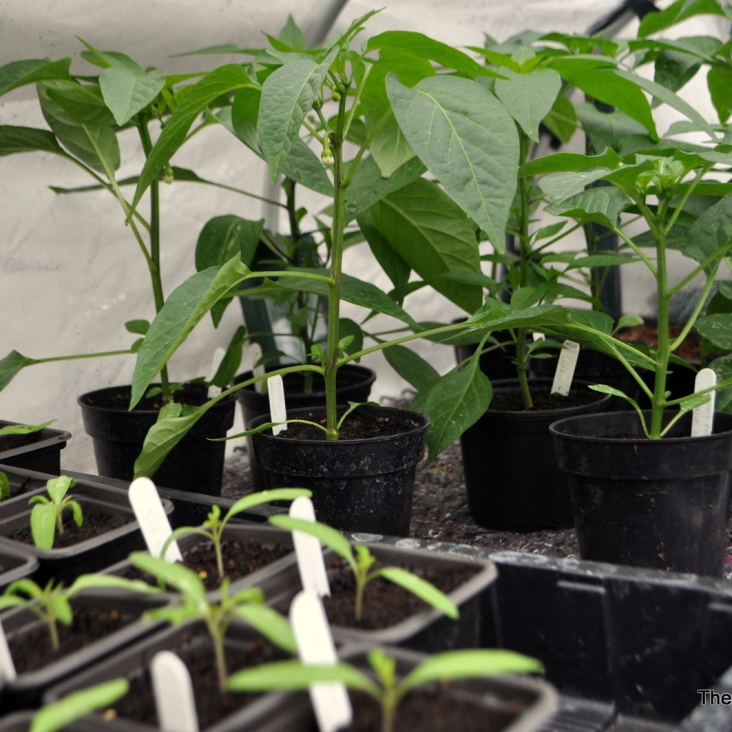 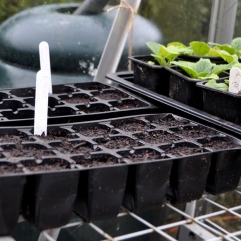 I’ve got a few plants keeping warm in a heated propagator, my Chillies and Tomatoes are underway, and I’ve made a few other tentative sowings of cucumbers and courgettes, but nothing like I had originally planned for this weekend due to the cold weather and forecasted cold for the next few weeks.

So when it’s not snowing it’s raining. And every day the sky looks like this….