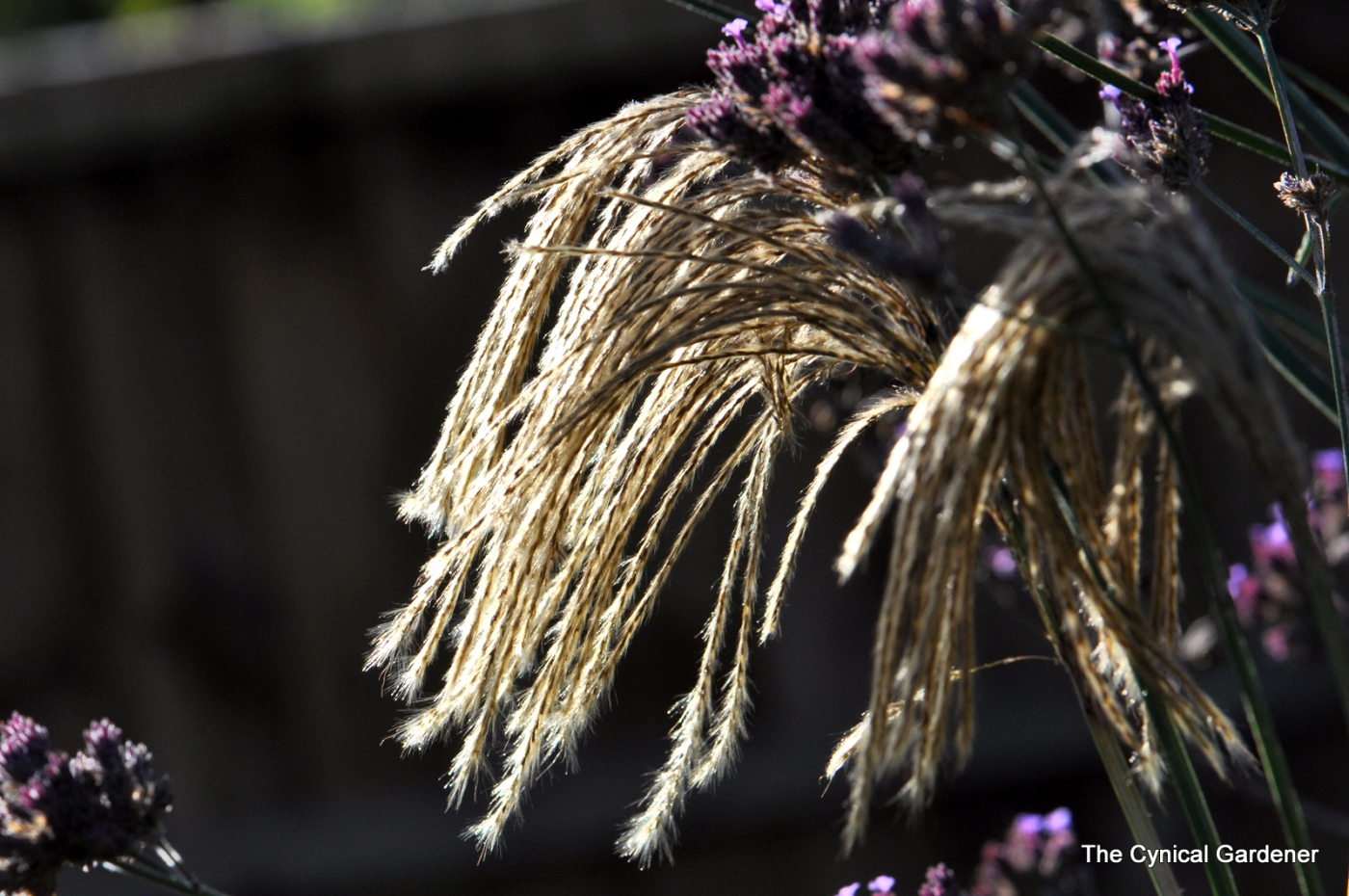 End of Month View of the Garden. End of October 2017

With thanks to Steve at The Glebe House Garden Blog for hosting this Meme.

October arrived a bit meh,  full of wind, some rain and ended with a cold snap.

We had a total of 23.4 mm of rain throughout the month. that’s our 3rd driest month over the last two years. I did end up watering some containers and some veg as it was looking a bit parched.

My Tree Fern, Dicksonia antarctica, is almost ready for a fleece jacket to protect it from the worst of the frost. I’ve got two Acers in this picture that will get new, bigger pots over the winter, then they will all return to this corner as its mostly shaded, and they all seem to get on with each other.

Along the fence border there is little evidence of any Autumn Colour which was present this time last year. A brief visit by the tail end of Hurricane Ophelia and a bit of Storm Brian took care of any lingering leaves.

The Island bed of annoyance has had a bit of a makeover. 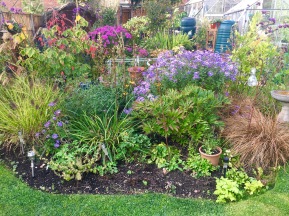 I’ve dug up and relocated some plants, some just got  dumped, and I’ve moved some plants around the same bed. I also decided to finally get rid of a crazy paving strip along the back of the bed where I used to stand random pots. This strip was annoying and difficult to mow along. Without any forward planning I just ripped it up, dug over the soil underneath and spread a couple of sacks of soil improver onto the bed. 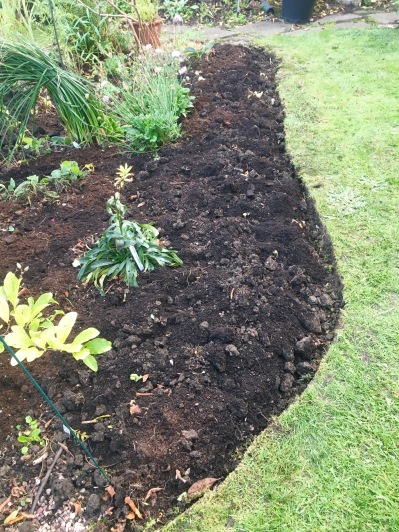 Paving gone, and dug over. 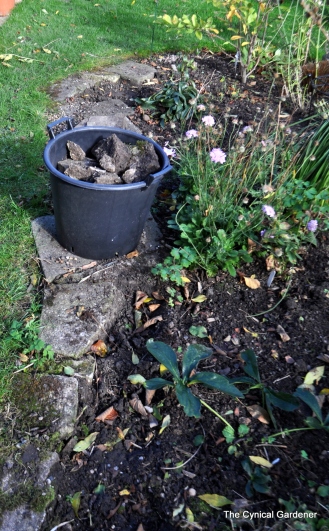 I’ve now gained a foot or two of extra bed, so this was a perfect opportunity to plant some stuff I’ve purchased from plant fairs and not actually found a home for yet.

This should add quite a splash of colour next spring, I’ve also planted 5 bulbs of Allium Lucy Ball which is a new variety and which is supposed to be quite tall.

One plant that I’m unable to move is my Carex comans, this is purely because it is used as the launch position for hand attacks of a certain furry ginger under gardener.

I have some other grasses with splendid seed heads, showing well now.

A Pennisetum red buttons, which I’ve moved across the island bed of annoyance, and a Miscanthus nepalensis which now has more room due to the Pennisetum being moved. 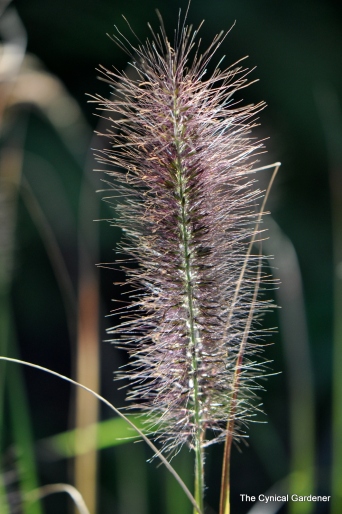 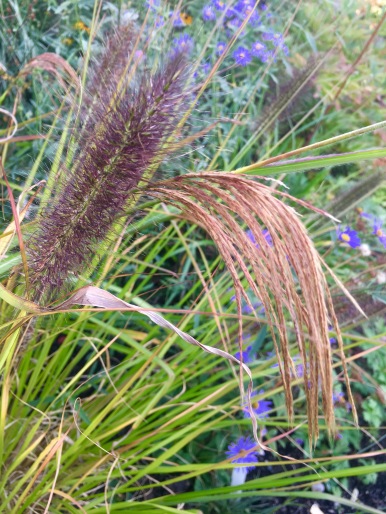 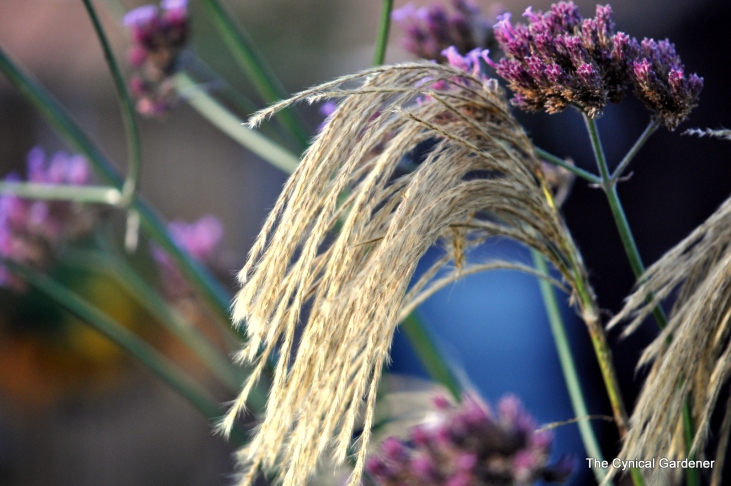 In my edible bit, my Autumn planted Shallots for pickling next year are growing quickly, more quickly than I expected. A cold snap is needed to slow them down a bit.

Finally I bought home from work my effort at growing a giant Pumpkin, it weighed in at 24.kg  a personal best. (and the first time I’ve grown one).

As you can see, the Cat was extremely impressed.

Until next month, bye for now.